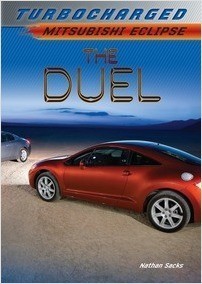 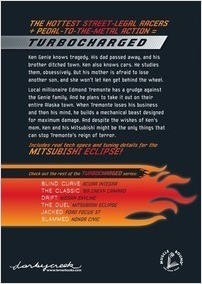 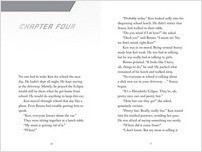 From the Series Turbocharged

Ken Genie knows tragedy. His dad passed away and his brother ditched town. Ken also knows cars. He studies them, obsessively. But his mother is afraid to lose another son, and she won’t let Ken get behind the wheel.

Local millionaire Edmond Tremonte has a grudge against the Genie family. And he plans to take it out on their entire Alaska town. When Tremonte loses his business and then his mind, he builds a mechanical beast designed for maximum damage. And despite the wishes of Ken’s mom, Ken and his Mitsubishi might be the only things that can stop Tremonte’s reign of terror.