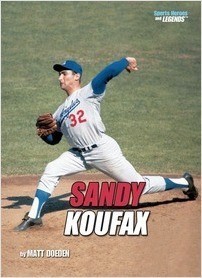 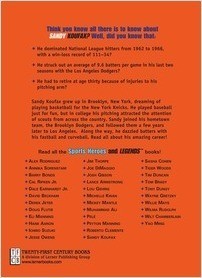 Sandy Koufax grew up in Brooklyn, New York, dreaming of playing basketball for the New York Knicks. He played baseball just for fun, but in college his pitching attracted the attention of scouts from across the country. Sandy joined his hometown team, the Brooklyn Dodgers, and followed them a few years later to Los Angeles. Along the way, he dazzled batters with his fastball and curveball. Read all about his struggles to overcome injuries and take his team to the World Series!