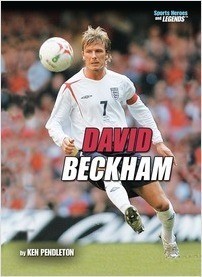 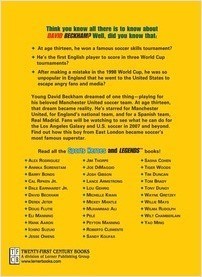 Think you know all there is to know about David Beckham? Well, did you know that: ● At age thirteen, he won soccer’s famous Bobby Charlton Skills Tournament? ● He’s the first English player to score in three World Cup tournaments?● After making a mistake in the 1998 World Cup, he was so unpopular in England that he went to the United States to escape angry fans and media?Young David Beckham dreamed of one thing—playing for his beloved Manchester United soccer team. At age thirteen, that dream became reality. He’s starred for Manchester United, for England’s national team, and more recently for the Spanish team Real Madrid. Find out how this boy from East London became soccer’s most famous superstar.