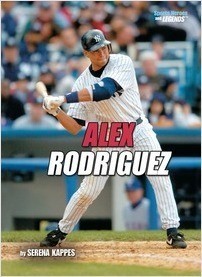 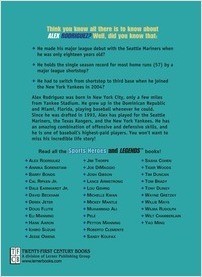 Alex Rodriguez was born in New York City, only a few miles from Yankee Stadium. He grew up in the Dominican Republic and Miami, Florida, playing baseball whenever he could. Since he was drafted in 1993, Alex has played for the Seattle Mariners, the Texas Rangers, and the New York Yankees. He has an amazing combination of offensive and defensive skills, and he is one of baseball’s highest-paid players. You won’t want to miss his incredible life story!