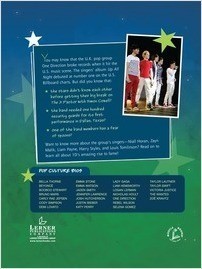 You may know that the U.K. pop group One Direction broke records when it hit the U.S. music scene. The singers’ album Up All Night debuted at number one on the U.S. Billboard charts. But did you know that:
• the stars didn’t know each other before getting their big break on The X Factor with Simon Cowell?
• the band needed 100 security guards for its first performance in Dallas, Texas?
• one of the band members has a fear of spoons?

Want to know more about the group’s singers—Niall Horan, Zayn Malik, Liam Payne, Harry Styles, and Louis Tomlinson? Read on to learn all about 1D’s amazing rise to fame!

“These crowd-pleasing titles will fly off the shelves. Written in shorts chapters and sentences, with easy font size, and filled with well-captioned, eye-popping photographs, they will draw in readers…. The writing style is engaging throughout.” —School Library Journal, Series Made Simple 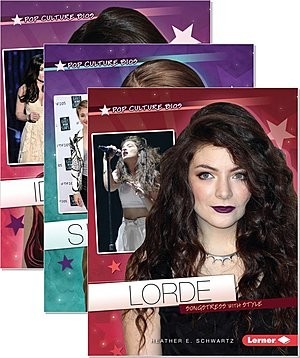