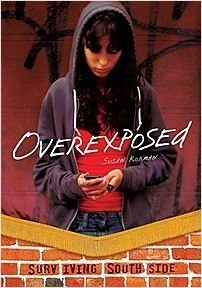 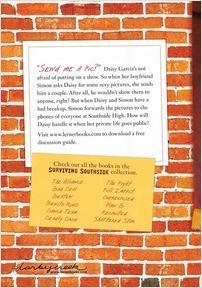 From the Series Surviving Southside

“Send me a pic?” Daisy Garcia’s not afraid of putting on a show. So when her boyfriend Simon asks Daisy for some sexy pictures, she sends him a couple. But when Daisy and Simon have a bad breakup, Simon forwards the pictures to the phones of everyone at Southside High. How will Daisy handle it when her private life goes public?

“The perils of irresponsible Internet sharing and controlling boyfriends are some of the challenges that surface in this addition to the Surviving Southside series, written at a fourth-grade reading level…Readers looking for a brisk read about teens with real-life problems should be hooked by the crisp writing and high stakes.” —Publishers Weekly

Series Review: While fairly short and to the point, this series of low-reading-level, high-interest fiction titles are interesting to read and worth having in any teen collection. The topics covered are hard hitting, controversial, and may fill a need in most teen collections. Each title can be read alone but also manages to connect with the other titles in one way or another. In The Alliance, lesbian Carmen Mendoza is being threatened, probably by the same person who bullied football player Scott King’s best friend into suicide (before the book starts) over being gay. Both try to start a Gay-Straight Alliance separately, then are teamed up and almost succeed before school board politics interfere. The GSA story appears again, in a different way, in The Fight; which features Bella trying to take a stand against a school board policy that may have contributed to a friend killing himself partway through the story. In Overexposed, Daisy sends some explicit phone pics to her boyfriend right before they fight. Naturally, they end up all over school, her older brother tries to defend her, and the school administration steps in with their sexting policies. Finally, Full Impact demonstrates to readers the dangers of football, focusing on concussions. Arnie begins to act a bit weird, but his best friend Norval tries to blow it off. Norval does not want to ruin their friendship or Arnie’s chances at a college scholarship—until it is too late. Arnie is in the hospital, and his football and high school careers are over. Each book has strongly believable plots, well-developed characters, and relevant topics for today’s youth. While this reviewer only read four of the twelve titles in the SurvivingSouthside series, all would be worth adding in the less expensive paperback format to any teen collection.
—BayViews

This innovative YA series is a set of high-interest urban fiction novels that’s written at a fourth-grade reading level, specifically designed for reluctant and striving readers, including those who read below grade level or are ESL/ View available downloads → 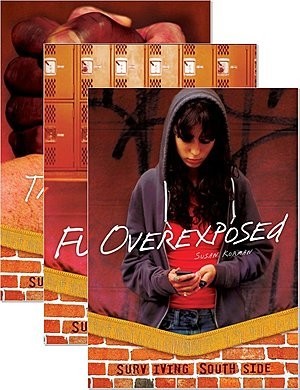