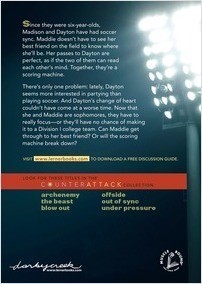 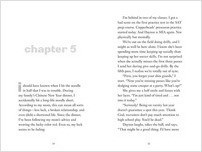 From the Series Counterattack

Since they were six-year-olds, Madison and Dayton have had soccer sync. Maddie doesn’t have to see her best friend on the field to know where she’ll be. Her passes to Dayton are perfect, as if the two of them can read each other’s mind. Together, they’re a scoring machine. There’s only one problem: lately, Dayton seems more interested in partying than playing soccer. And Dayton’s change of heart couldn’t have come at a worse time. Now that she and Maddie are sophomores, they have to really focus—or they’ll have no chance of making it to a Division I college team. Can Maddie get through to her best friend? Or will the scoring machine break down?

“Each title is fast-paced, readable, and appropriate for both middle and high school readers.” —Library Media Connection

“This story will reach many readers, not just reluctant ones.” —School Library Journal 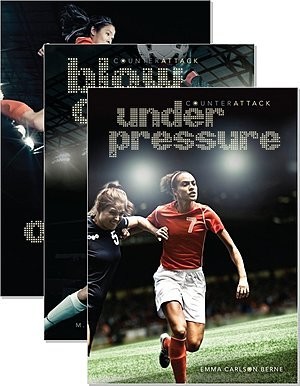