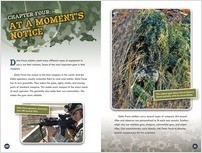 From the Series Military Special Ops

The most secret and elite of special forces groups, U.S. Army Delta Force fights terrorism, hunts down war criminals, and performs dangerous surveillance missions. Delta Force soldiers cannot officially be part of the military because of their extremely high-risk, classified missions, so they often disguise themselves as civilians. The best of the best, Delta Force will take on any mission, no matter how risky.

“These eye-catching titles, each written in five short chapters, will be attractive to reluctant readers….The risks and destructive nature of the jobs aren’t sugarcoated, but the texts are not graphic.” —School Library Journal, Series Made Simple

“The best feature of the series is its full-color photos that allow readers to see the soldiers in action….Readers curious about military Special Forces, including how troops are selected, trained, and equipped, will read these books for leisure.” —VOYA 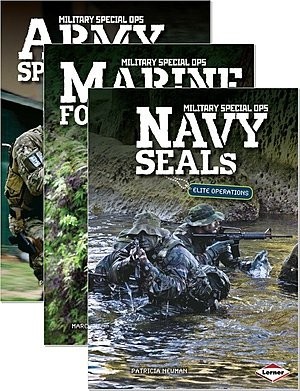