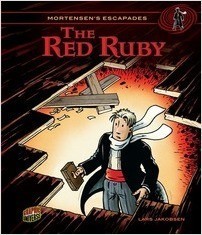 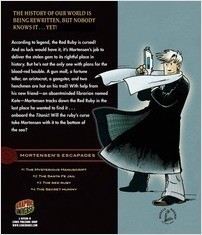 From the Series Mortensen's Escapades

According to legend, the Red Ruby is cursed! And as luck would have it, it’s Mortensen’s job to deliver the stolen gem to its rightful place in history. But he’s not the only one with plans for the blood-red bauble. A gun moll, a fortune teller, an aristocrat, a gangster, and two henchmen are hot on his trail! With help from his new friend—an absentminded librarian named Kate—Mortensen tracks down the Red Ruby in the last place he wanted to find it . . . onboard the Titanic! Will the ruby’s curse take Mortensen with it to the bottom of the sea?