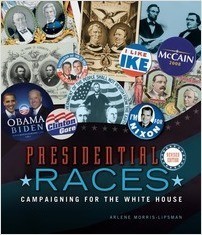 Campaigning for the White House

From the Series People's History

American presidents have come from all walks of life. Some have had a lot of experience campaigning for office, while others have had almost none. In fact, the nation’s first president—George Washington—didn’t even run for office. He was chosen by a group of electors in 1789. More than 200 years later, campaigning for the United States’ highest office takes years to plan, years to carry out, and a lot of money. Candidates must be prepared to rally supporters at live events across the nation, give hundreds of interviews and speeches, and create sophisticated communication strategies. No longer can candidates simply let their records speak for themselves. They must engage their competition—and the American voter—in vigorous debate 24/7, using robust advertising, strategic appearances, and social media messaging.

Follow the changes in presidential campaign strategies from the nation’s early leaders to twenty-first century contenders. Meet the personalities that have defined the office, from George Washington to Barack Obama, the nation’s first African American president. Learn how strategies to pick candidates, raise money, run campaigns, sway voters, and elect leaders have evolved. And see if you can predict what lies ahead for Americans in upcoming presidential elections.

Arlene Morris-Lipsman is passionate about American history. Several of her published works, including Presidential Races: The Battle for Power in the United States, Notable Women, and An American Story: A Documentary, reflect her love of the past. In addition to historical books, she has written articles and essays for magazines and newspapers. A former educator, she travels extensively throughout the United States visiting the nation's historical sites and especially enjoys touring presidential libraries and homes. She lives in Pittsburgh, Pennsylvania, with her husband.