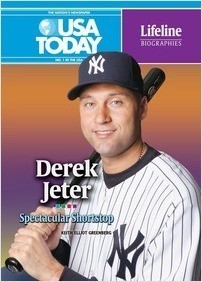 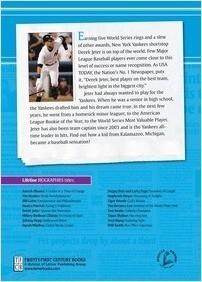 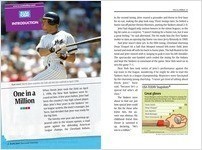 Earning five World Series rings and a slew of other awards, New York Yankees shortstop Derek Jeter is on top of the world. Few Major League Baseball players ever come close to this level of success or name recognition. As USA TODAY, the Nation’s No. 1 Newspaper, puts it, “Derek Jeter, best player on the best team, brightest light in the biggest city.”

Jeter had always wanted to play for the Yankees. When he was a senior in high school, the Yankees drafted him and his dream came true. In the next few years, he went from a homesick minor leaguer, to the American League Rookie of the Year, to the World Series Most Valuable Player. Jeter has also been team captain since 2003 and is the Yankees all-time leader in hits. Find out how a kid from Kalamazoo, Michigan, became a baseball sensation!

Keith Elliot Greenberg is the author of many nonfiction books for young readers. He is based in Brooklyn, New York.