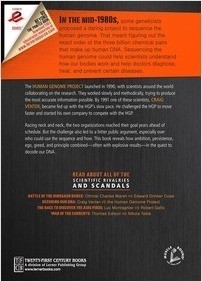 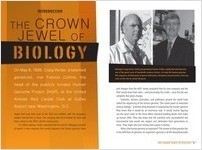 In the mid-1980s, some geneticists proposed a daring project to sequence the human genome. That meant figuring out the exact order of the three billion chemical pairs that make up human DNA. Sequencing the human genome could help scientists understand how our bodies work and help doctors diagnose, treat, and prevent certain diseases.

The Human Genome Project launched in 1990, with scientists around the world collaborating on the research. They worked slowly and methodically, trying to produce the most accurate information possible. By 1991 one of these scientists, Craig Venter, became fed up with the HGP’s slow pace. He challenged the HGP to move faster and started his own company to compete with the HGP.

Racing neck and neck, the two organizations reached their goal years ahead of schedule. But the challenge also led to a bitter public argument, especially over who could use the sequence and how. This book reveals how ambition, persistence, ego, greed, and principle combined—often with explosive results—in the quest to decode our DNA.

“The books are short and full of illustrations; they explore topics students find interesting and provide facts and details enough to give readers a solid beginning.” —Library Media Connection

“Ballen clearly lays out both sides of the issues as well as the story’s eventual resolution.” —Booklist

Karen Ballen has a bachelor's degree from Kalamazoo College in Kalamazoo, Michigan, and a doctoral degree from the University of Minnesota. She taught biology at a small college in Minnesota before turning to children's writing. She lives in Minnesota with her husband and children. She is the author of Seven Wonders of Medicine. 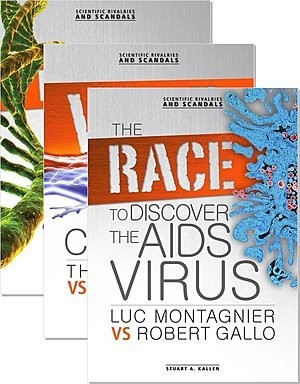