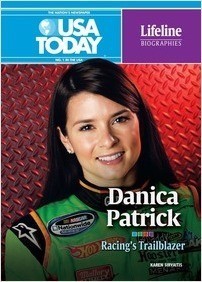 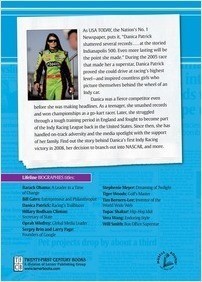 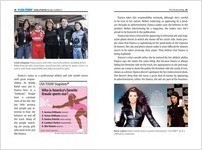 As USA TODAY, the Nation’s No. 1 Newspaper, puts it, “Danica Patrick shattered several records…at the storied Indianapolis 500. Even more lasting will be the point she made.” During the 2005 race that made her a superstar, Danica Patrick proved she could drive at racing’s highest level―and inspired countless girls who picture themselves behind the wheel of an Indy car.
Danica was a fierce competitor even before she was making headlines. As a teenager, she smashed records and won championships as a go-kart racer. Later, she struggled through a tough training period in England and fought to become part of the Indy Racing League back in the United States. Since then, she has handled on-track adversity and the media spotlight with the support of her family. Find out the story behind Danica’s first Indy Racing victory in 2008, her decision to branch out into NASCAR, and more.