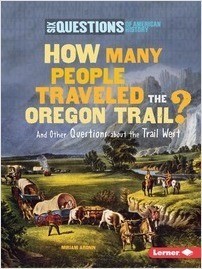 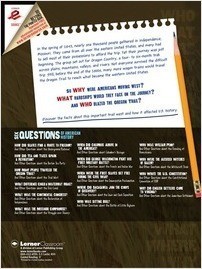 How Many People Traveled the Oregon Trail?

And Other Questions about the Trail West

In the spring of 1843, nearly one thousand people gathered in Independence, Missouri. They came from all over the eastern United States, and many had to sell most of their possessions to afford the trip. Yet their journey was just beginning. The group set out for Oregon Country, a four- to six-month trek across plains, mountains, valleys, and rivers. Not everyone survived the difficult trip. Still, before the end of the 1800s, many more wagon trains would travel the Oregon Trail to reach what became the western United States.

So why were Americans moving west?
What hardships would they face on the journey?
And who blazed the Oregon Trail?

Discover the facts about this important trail west and how it affected U.S. history.

Miriam Aronin is a writer and editor living in Chicago. She also likes to knit, dance, and explore historical sites.