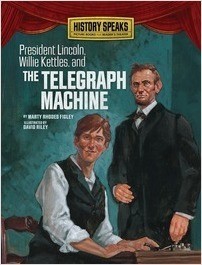 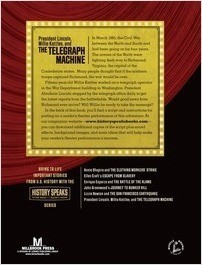 In March 1865, the Civil War between the North and South and had been going on for four years. The armies of the North were fighting their way to Richmond, Virginia, the capital of the Confederate states. Many people thought that if the northern troops captured Richmond, the war would be over.

Fifteen-year-old Willie Kettles worked as a telegraph operator in the War Department building in Washington. President Abraham Lincoln stopped by the telegraph office daily to get the latest reports from the battlefields. Would good news from Richmond ever arrive? Will Willie be ready to take the message?

David Riley lives in Grand Junction, Colorado, with his wife, Nealy. He currently exhibits his artwork in Prescott and Flagstaff, Arizona. David is often driven to paint by the desire to capture human emotion and the power of telling stories.