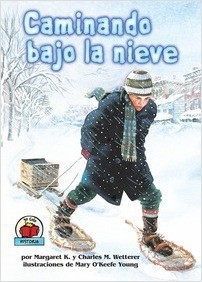 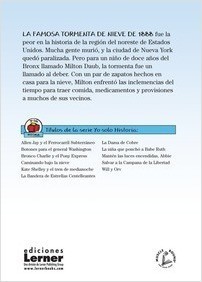 One morning in March 1888, twelve-year-old Milton Daub awoke to find the world buried in snow. The blizzard was like nothing Milton and his neighbors in the Bronx had ever seen. No one dared go out into the storm. No one, that is, except Milton. He and his father made a pair of snowshoes from barrel hoops and old roller skates. Then Milton stepped bravely into the storm to buy milk for his family. Soon he was buying supplies for everyone in the area. His neighbors declared him a hero. The Blizzard of 1888 set records in the Northeast that are still unbroken. It forced whole cities to shut down for days. But Milton didn’t let the snow stop him from helping neighbors in need. His true story is both an exciting adventure and a heartwarming glimpse of old New York.