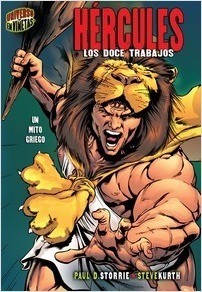 Famous for his superhuman strength, Hercules is the most popular hero in Greek mythology. The son of Zeus—king of the gods—and a mortal mother, Hercules faces the wrath of Zeus’s wife Hera, who resents her illegitimate stepson and vows to bring him misery. With her magical powers, she tricks Hercules into performing a series of twelve seemingly impossible labors, each one a test of his strength, courage, cunning, and fighting skill. Is Hercules strong enough to foil her scheme? For this exciting retelling of the twelve labors, author Paul Storrie consulted the classic work The Age of Fable (1859), by American Thomas Bulfinch, and Edith Hamilton’s Mythology (1942), both of which are considered the best resources about on ancient myths and legends. Artist Steve Kurth also relied on historical research to accurately bring to life the world of ancient Greece.

Steve Kurth is an illustrator and comic book artist based in Wisconsin. He is best know for his comic work on The Avengers, Iron Man, X-men , G.I.Joe, Ghostbusters, Hulk, Wolverine, Green Arrow and a slew of other cool stuff. 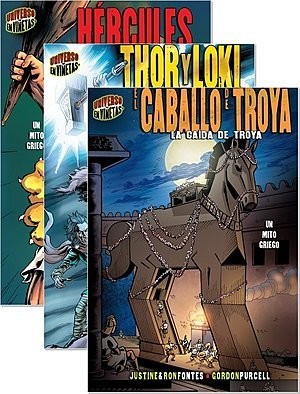