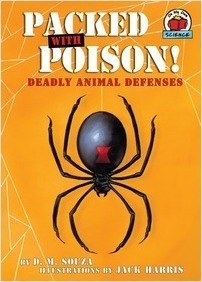 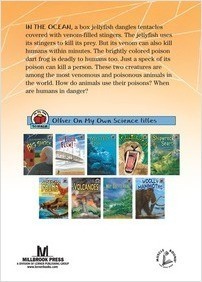 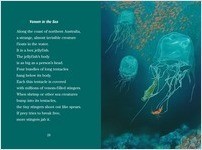 From the Series On My Own Science

In the ocean, a box jellyfish dangles tentacles covered with venom-filled stingers. The jellyfish uses its stingers to kill its prey. But its venom can also kill humans within minutes. The brightly colored poison dart frog is deadly to humans too. Just a speck of its poison can kill a person. These two creatures are among the most venomous and poisonous animals in the world. How do animals use their poisons? When are humans in danger?

“On My Own Science is an accessible, informative series for middle and upper elementary students. . . this series would be a beneficial addtion to most school libraries. . .” —Library Media Connection 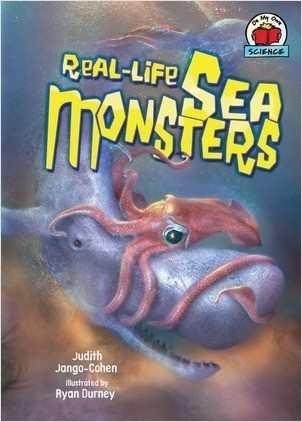 On My Own Science — eBook Set