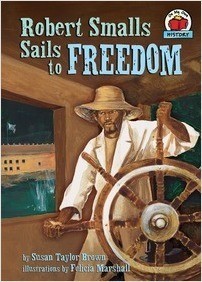 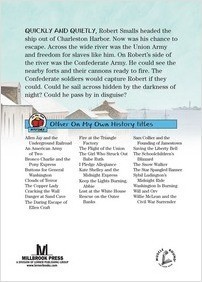 Quickly and quietly, Robert Smalls headed the ship out of the Charleston Harbor. Across the wide river was the Northern Army and freedom for slaves like him. On Robert’s side of the river was the Southern Army and Robert’s master. Robert knew his master would never give him freedom. Now was his chance to escape. Robert steered the ship into the open water. He could see the nearby forts of the Southern Army and their cannons ready to fire. The Southern soldiers would capture Robert if they could. Could he sail across hidden by the darkness of night? Could he pass by in disguise?

“Newly competent readers are likely to thrill to this well told story of the Civil War hero, Robert Smalls. . . a valuable addition to a reading tutor’s collection as well as an excellent selection for a classroom. . .” —Children’s Literature Network

“Offers full-page color illustrations and provides believable text that captures the story of the slave boy who grew up to be a free man.” —MultiCultural Review

“Brown makes this an exciting, well-told story that may spark readers to search for more information.” —The Horn Book Guide

Felicia Marshall draws on her childhood experiences in rural Texas for her illustrations. Her most recent book Beautiful Shades of Brown, was an NCSS-CBC Notable Social Studies Trade Book, a Eureka Honor Book, and won the Northern Lights Book Award. 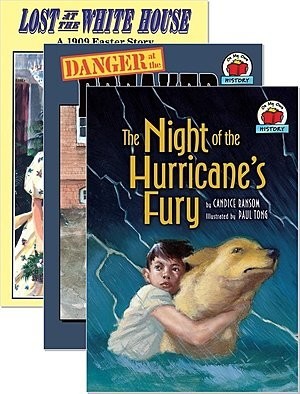