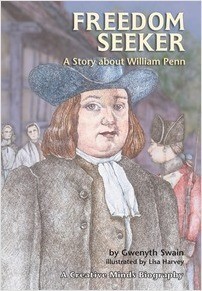 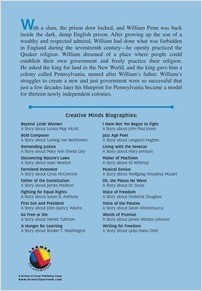 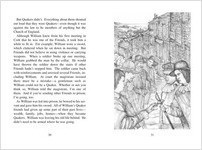 A Story about William Penn

The son of a wealthy, repected admiral, William Penn did what was forbidden in seventeenth-century England—he openly practiced the Quaker religion. Penn dreamed of a place with freedom of religion. He asked for land in the New World and was given a colony called Pennsylvania. His success in establishing a new and just government there later became the blueprint for thirteen newly independent colonies.