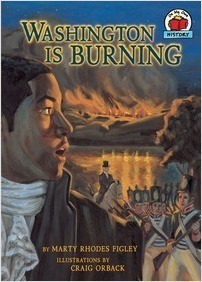 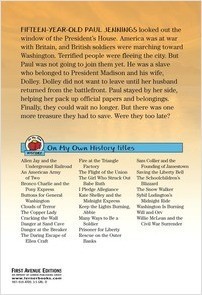 Fifteen-year-old Paul Jennings looked out the window of the President’s House. America was at war with Britain, and British soldiers were marching toward Washington. Terrified people were fleeing the city. But Paul was not going to join them yet. He was a slave who belonged to President Madison and his wife, Dolley. Dolley did not want to leave until her husband returned from the battlefront. Paul stayed by her side, helping her pack up official papers and belongings. Finally, they could wait no longer. But there was one more treasure they had to save. Were they too late?

“Notable for telling a historical event from the viewpoint of a slave. . . realistic paintings in vibrant colors illustrate these easy readers.”
—School Library Journal