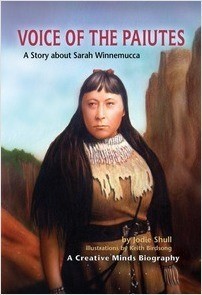 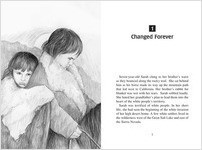 Voice of the Paiutes

A Story about Sarah Winnemucca

Sarah Winnemucca, a Northern Plains Indian, lived in the last half of the nineteenth century when white settlers were moving west into land the Paiutes had inhabited for thousands of years. Sarah’s grandfather encouraged her to learn the ways of the white settlers, including their language. As a result, she was instrumental in negotiating benefits for her people. She traveled across the country speaking about the plight of the Paiutes. She challenged reservation agents, cooperated with the U.S. Army, and traveled to Washington D.C. to meet with Secretary of the Interior Carl Schurz and President Rutherford B. Hayes. With the help of two East Coast women, she wrote a book about Paiute life and established a school for Paiute children.