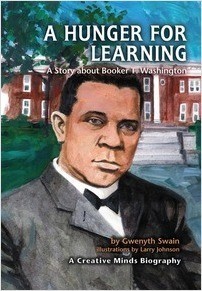 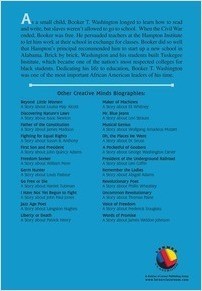 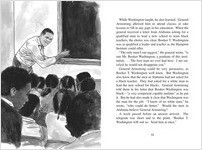 A Hunger for Learning

A Story about Booker T. Washington

When nine-year-old Booker T. Washington was finally freed from slavery, he soon discovered that freedom had a price, and that he had to work, and work hard, to make his way in the world. After years of study and struggle, Washington became a teacher at what would become the famed Tuskegee Institute. Built from the ground up by Washington, his students, and his staff, Tuskegee became one of the finest schools for black students in the nation. More than one hundred years later, it still is.