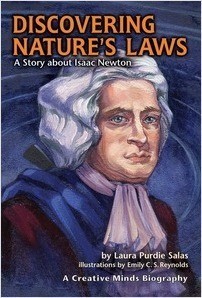 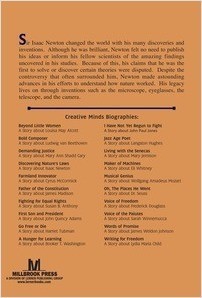 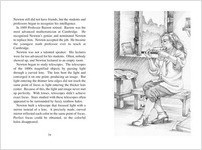 A Story about Isaac Newton

Sir Isaac Newton changed the world with his many discoveries and inventions about mathematics, science, optics, and physics. Although he was brilliant, Newton felt no need to publish his ideas or to inform his fellow scientists of the amazing discoveries he made. Because of this, his discoveries were often disputed. Despite the controversy that often surrounded him, Newton made astounding advances in his efforts to understand how nature worked. His legacy lives on through inventions such as microscopes, eyeglasses, telescopes, and cameras.

Laura Purdie Salas is the author of more than 135 books for kids, including If You Were the Moon, Lion of the Sky, theCan Be… series, and Bookspeak! Poems about Books. Poetry and rhyming nonfiction books are her favorite things to write. Laura loves to do author visits, writing workshops, and teacher inservices. Read more about Laura and her work at laurasalas.com.