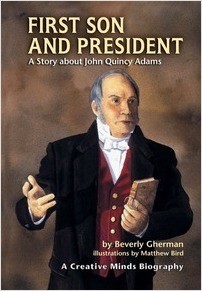 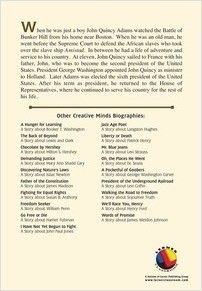 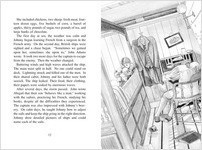 A Story about John Quincy Adams

America’s sixth president and son of America’s second president, John Quincy Adams lived an extraordinary life. Beginning as a young boy as secretary for his father during the peace talks that ended the Revolutionary War, Adams served his country as a diplomat, state senator, secretary of state, the president, and as a representative in congress. Through his many speeches, essays, books, and written reports, Adams helped shape America. Today, he is remembered as a great statesman, a scholar, and a poet, just as he hoped he would be.