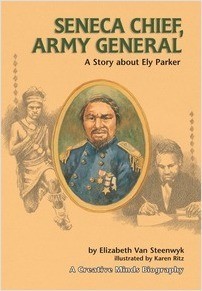 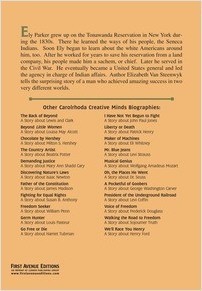 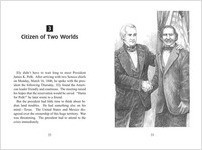 A Story about Ely Parker

Ely Parker grew up on the Tonawanda Reservation in New York in the 1830s. There he learned the ways of his people, the Seneca Indians. Ely worked many years to save his reservation from a land company, and as a result, he was made a sachem, or chief, by his people. At the same time, he was working as a translator and ambassador to bridge the gap that divided his people from the white Americans. After serving in the Civil War, Ely went on to become a United States general and lead the agency in charge of Indian affairs. Author Elizabeth Van Steenwyk tells this inspiring, and surprising, story of a man who achieved amazing success in two very different worlds.