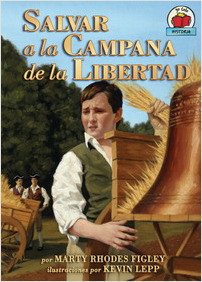 Eleven-year-old Johnny Mickley longed to be a hero and have some part in helping America gain its independence. The British Army was just miles away from colonial Philadelphia, planning to invade the city and melt down all of its famous bells for cannons. The colonists were worried, they had to save the bells, especially Old Independence, now called the Liberty Bell. They finally came up with a plan – and Johnny got to help! But would it be enough to keep the bells safe?