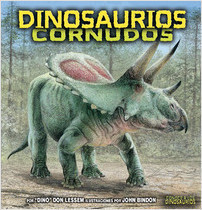 From the Series Conoce a los dinosaurios (Meet the Dinosaurs)

“Dino” Don Lessem brings readers face-to-face with various dinosaur species, detailing their habitats, way of life and how they became extinct. An acclaimed dinosaur expert, Don Lessem has written more than 30 children’s books, writes a popular dinosaur column in Highlights magazine, and was an adviser for Jurassic Park. Take a trip through dinosaur time to meet these horned dinosaurs face-to-face: Torosaurus had the biggest skull of any animal ever! Pentaceratops had five sharp horns on its head! Styracosaurus was as big as an ice cream truck! Plus, you’ll get to know Centrosaurus, Protoceratops, and Triceratops! 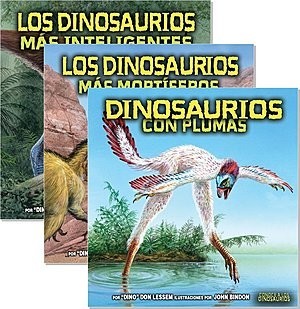