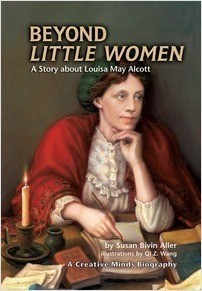 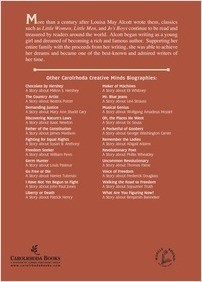 A Story about Louisa May Alcott

More than a century after Louisa May Alcott wrote them, classics such as Little Women, Little Men, and Jo’s Boys continue to be read and treasured by readers around the world. Alcott began writing as a young girl and dreamed of becoming a rich and famous author. Despite supporting her entire family with the proceeds from her writings, she was able to achieve her dreams and became one of the best-known and admired writers of her time.