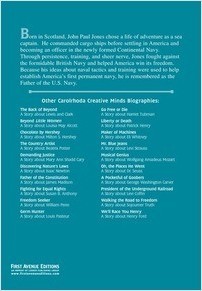 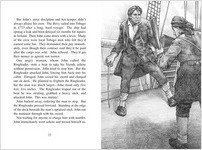 I Have Not Yet Begun to Fight

A Story about John Paul Jones

The Father of the U.S. Navy, John Paul Jones spent most of his lifetime trying to prove his ideas about naval tactics and training. Born in Scotland, he chose a life of adventure as a sea captain. He commanded cargo ships before settling in America and becoming an officer in the newly formed Continental Navy. Through persistence, training, and sheer nerve, Jones fought against the formidable British Navy and helped America win its freedom.