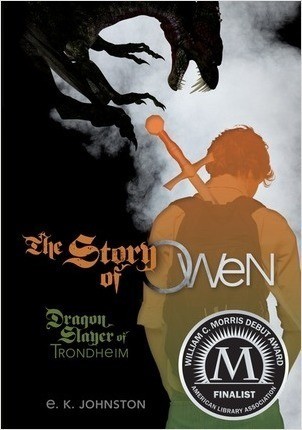 The Story of Owen: Dragon Slayer of Trondheim

Listen! For I sing of Owen Thorskard: valiant of heart, hopeless at algebra, last in a long line of legendary dragon slayers. Though he had few years and was not built for football, he stood… Read More →

“Johnston seamlessly blends fantasy with realistic fiction…. Suggest this title to reluctant readers as the fast-paced plot and witty dialogue will keep them turning pages until the tale’s exciting conclusion. A great addition for any library with a strong fantasy following.”…