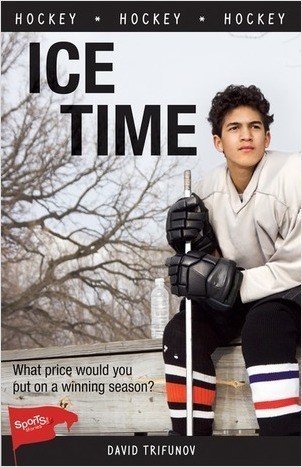 This tale of a young Canadian immigrant who gets a longer for but unexpected chance to join a local team will score an easy goal with younger or less expert readers mad for hockey. Money is so tight since Paul’s divorced dad went back to Trinidad that the equipment and registration costs required to join the Saskatoon Wildcats seem out of reach—until a wave of flu, injuries, and mono leave the team desperately shorthanded just when a league championship seems within reach. Soon Paul is recruited, introduced to team play, and out on the ice. Aside from a few comments about Paul’s skin color, a player who suffers a concussion, and one hostile team member brought around by the end, the tale’s drama comes from the brisk practices and game action, which is thick with references to boot hockey, rep hockey, zones, checks, penalty kills, and other lingo, as well as general strategy. Paul’s team doesn’t quite come out on top—but he does, and he gets plenty of support from peers and adults along the way.