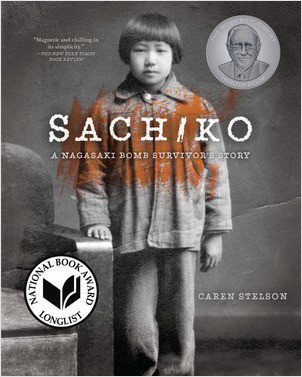 “Sachiko,” a nonfiction book by Minneapolis writer Caren Stelson, turned up on several 2016 lists, drawing nominations for the National Book Award and the Minnesota Book Award. It’s a slim book with a powerful wallop.

Sachiko Yasui was just 6 when the atomic bomb was dropped on Nagasaki. Her first-person account describes the blast and its aftermath, as survivors struggle to find food and water and later die of burns and radiation sickness at overwhelmed hospitals.

Following Japan’s surrender in the war, Sachiko finds herself living in a half-finished house, with classmates who don’t understand her radiation sickness and mock hibakusha or “explosion-affected people.”

As she grows older, Sachiko takes strength from her father’s deep study of Gandhi and a postwar visit to Japan by Helen Keller. “All the world is suffering,” Keller says. “But it’s also full of the overcoming.”

The story’s first-person account and deep sense of humanity offer young readers a chance to grapple with the hard truths of war.