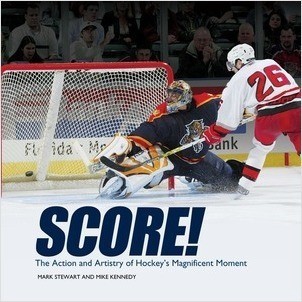 “Following the same formula they’ve honed in Long Ball (2006), Swish (2009), Touchdown (2009), and Goal! (2010), Stewart and Kennedy take readers on a chatty, photo-studded tour of the art of scoring in the rink. . . . Hockey is creeping up on the big-three team sports in terms of popularity in this country, but since there still aren’t many books covering much beyond the basics, this makes a worthy addition to any sports shelf.” —Booklist