Laura Barcella is a freelance writer and editor who can’t decide between New York and San Francisco. During the past ten-plus years, this pop-culture junkie and Washington, DC, native has written about feminism, music, news, and lifestyle topics for more than forty publications, including Salon.com, the Village Voice, ELLEGirl, Time Out New York, NYLON, Bust, CNN.com, and the Chicago Sun-Times. As far as other books go, Laura is the editor of the anthology Madonna and Me, a book of essays by female writers about Madonna (Soft Skull Press, March 2012). She has also contributed to the anthologies BitchFest: Ten Years of Cultural Criticism From the Pages of Bitch Magazine, Somebody’s Child: Stories About Adoption, and It’s All in Her Head, a forthcoming collection about women’s mental health. When she’s not writing or editing, she’s reading magazines, at the movies, watching bad reality TV, eating imported gummy candy, or hanging out with animals (she has two cats and a dog, all rescues). 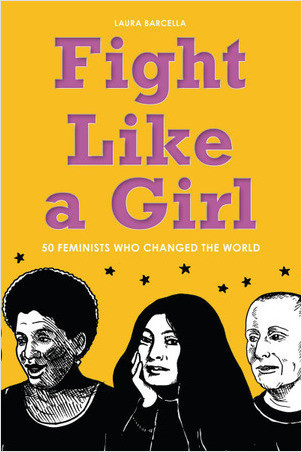 Browse all titles by Laura Barcella →