Akira Kusaka is an illustrator and graphic designer who has created advertisements, book covers, children’s books, and more. He has not experienced war, and illustrating Sachiko’s story for A Bowl Full of Peace prompted him to contemplate both war and peace. He hopes that this book will inspire the next generation of children to think deeply about peace as well. When Akira is not drawing, he plays trombone in a two-man band called Repair. He lives in Osaka, Japan. See more of his art at: akirakusaka.com. 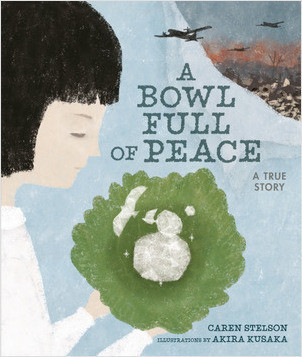 A Bowl Full of Peace

Browse all titles by Akira Kusaka →