Melanie Gillman is a cartoonist and colored pencil artist who draws positive queer and trans comics for young readers. They are the creator of the webcomic and graphic novel As the Crow Flies, published in 2017 by Iron Circus Comics. As the Crow Flies has been named a 2018 Stonewall Honor Book, won the 2018 Excellence in Graphic Literature Award for Best Middle Grade Graphic Novel, and been nominated for an Ignatz, Eisner, and Dwayne McDuffie Award. In addition to their comics work, they are also an adjunct professor in the Comics MFA Program at the California College of the Arts, where they teach classes about making comics and professional practices.

I love telling stories! And I love getting to center queer and trans characters at the heart of those stories.

Read a lot, write a lot, and draw a lot! The more you practice, the better you’ll get. 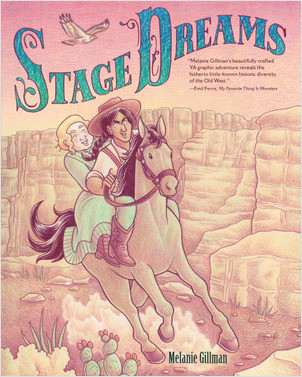 Browse all titles by Melanie Gillman →