Havelock McCreely is an enigma wrapped in a conundrum. A self-styled narrator of far-fetched stories, McCreely insists he is a hundred and fifty years old and that he was born in the highlands of Scotland. In 1890 he joined a joined a traveling circus that toured across the plains of Africa. He was 13 at the time. He celebrated the centenary of 1900 in London catching the master criminal Dr Horatio Silverpike and insists he is the true-life inspiration for Sherlock Holmes and Gandalf the Grey.

After catching Silverpike, he headed back to Africa and discovered the true source of the Nile and also the Fountain of Youth. He then traveled across Europe and discovered a race of psychic polar bears. He helped them defeat an invading army of Norse Giants, but was unfortunately wounded in the battle. He moved to America where he lived for a while in the town of Boring, Oregon. Unfortunately, the town didn’t live up to its name and he helped foil an alien invasion before finally settling in Goblintown VA. He was rather disappointed by the conspicuous lack of goblins so moved again. He currently lives in New York and spends his time writing his far-fetched tales.

Lord of the Rings

“Is there any point to which you would wish to draw my attention?”

The Memoirs of Sherlock Holmes (1893)

I decided that writing down my crazed, wild imaginings was infinitely preferable to going mad. Plus, I get to make money off it.

Read a lot. Enjoy reading. Write a lot. Enjoy writing. If you do not embrace all of these four points, then it would be better to follow another profession. Like being a lawyer. Or a vet. Or an accountant. 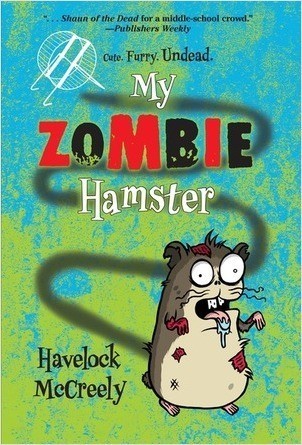 Browse all titles by Havelock McCreely →