Kristen Lippert-Martin earned her MFA from Columbia University. She’s worked at Time magazine, the world-renowned Brookings Institution, and even did a stint as a stand-up comic before turning to writing full-time. She’s a member of the Science Fiction and Fantasy Writers of America and was awarded the Society of Children’s Book Writers and Illustrators’ Work-in-Progress grant in 2010. She likes to write stories about people who are secretly awesome and just need to find the right circumstances—often difficult—to discover themselves. Tabula Rasa, her debut novel, was released in September, 2014. It was an Independent Booksellers Association IndieNext pick for Fall 2014 and is a finalist for the International Thriller Writers 2015 Thriller Awards for best young adult novel. She lives in Arlington, Virginia, with her husband and four children.

I must confess that I didn’t really read as a child. I know! It’s a scandalous thing for an author to admit! But there it is. I mostly watched oodles of TV and built things out of mud and sticks in the woods with my brother and his friends (I was the ultimate tag-along little sister). We had a very free-range sort of childhood, full of things I would never let my kids do in a million years (Why were we allowed to ride around on a mini-bike unsupervised at the age of nine? Who knows? It was the 70’s, man!) I don’t recall having a favorite book or story until I was in 8th grade and read Gone with the Wind. Later, I read mostly murder mysteries for enjoyment. Agatha Christie and P.D. James and Dorothy Sayers. I would gobble them up because I loved the clever reveal at the end and then I’d pick back through the story and figure out how the clues were laid. Oh, and I also read Frank Herbert’s Dune while in high school and loved it, but most of my sci-fi consumption came from TV and movies. For example, I’ve seen every episode of every incarnation of Star Trek.

Wait. I was supposed to be talking about books. My bad.

The last sentence of Middlemarch by George Eliot, which is the greatest sentence written in the English language:

“But the effect of her being on those around her was incalculably diffusive: for the growing good of the world is partly dependent on unhistoric acts; and that things are not so ill with you and me as they might have been is half owing to the number who lived faithfully a hidden life, and rest in unvisited tombs.”

I think if you’re attracted to an art form, there’s this feeling like you simply had to do it. It’s baffling and inexplicable and every time I try to make sense of the whys of my chosen path—writing—I feel almost like I was sentenced to be a writer. Like, fate has ordained it! I simply HAD TO write! I know that’s not true because pursuing publication is hard work and it’s the easiest thing in the world to NOT write. People do it all the time. I did it for years, as a matter of fact. Seems like fate should be a lot easier if it’s responsible for one’s profession, right?

But I did choose it. And it chose me. Let’s call it mutual agreement between me and fate then.

As to why writing and not some other artistic endeavor, I’ve always felt that it depends on how story presents itself to you. The translation of your inner life and creative aspirations can take many forms. For some people, it’s through music or painting or dance. For me it’s about words. I love that with stories, you get to borrow someone else’s consciousness, go on a journey with them and submerge yourself into their “I” for a while. Admittedly I’m biased, but I don’t think any other art form can accomplish that kind of communion so well as writing.

Read widely and think about why you like or don’t like a story. Why did it attract you? Repel you? What did the story make you feel? Over time, you’ll see a pattern in your reading habits. Use that information to figure out what kinds of stories you want to write and what style or genre appeals to you most. Writing is a skill set that can be learned but no one can tell you WHAT you want to write. No one can tell you what to be passionate about or what your creative mission will be. So work on those things simultaneously. Always be learning better ways to tell a story, but also figure out what you want to do with those skills once you have them. That’s how you find your voice. 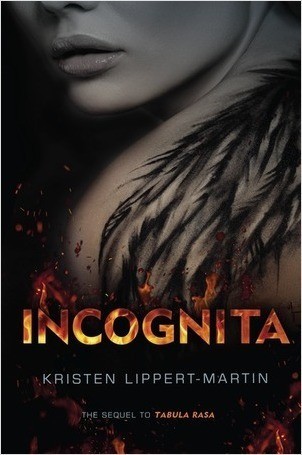 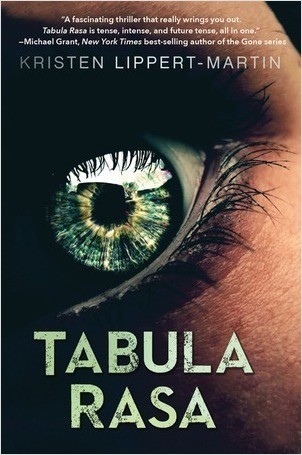 Browse all titles by Kristen Lippert-Martin →