A former television news reporter and weather forecaster, Trudi Strain Trueit has written more than 90 fiction and nonfiction books for young readers. Her nonfiction titles cover such topics as weather, history, health, science, and language arts. Her fiction novels include the Julep O’Toole series (Penguin), the Secrets of a Lab Rat series (Aladdin), and Stealing Popular (Aladdin). Born and raised in the Pacific Northwest, Trueit has a B.A. in Broadcast Journalism. She lives north of Seattle with her husband and their three cats, and loves photography, painting, and serving the whims of her three cats.

“You are braver than you believe, stronger than you seem, and smarter than you think.” —Winnie the Pooh by A. A. Milne

As a kid, I was an avid reader and writer. I would spend hours in the library reading everything I could get my hands on. I also wrote plays and cast my friends in the roles (we practiced at recess). My fourth-grade teacher, Mrs. Zielinski let us perform our plays in front of the class and sometimes, the whole school. Seeing the reaction from the audience to words that I wrote was powerful inspiration. I studied broadcasting in college and became a television news journalist, but after writing my first book for young readers, Clouds (Scholastic, 2002), I was hooked. My fiction career took off about the same time as my nonfiction career, so now I do both. Fiction feeds my creative side, while nonfiction allows me to stretch my journalistic muscles (I love doing research). It’s the perfect fit!

Yes! First, read. The more you read, the better you will understand what goes into creating solid fiction and nonfiction. Read books in all kinds of genres, even those that might not necessarily be your favorites. This will open your eyes to all the possibilities that await you. Secondly, write (or draw, if illustrating is your gift). Express your creativity as often as you can, because this is how you learn and grow. I have been writing stories since the second grade and every step I took early on in my journey was one step closer to publication! 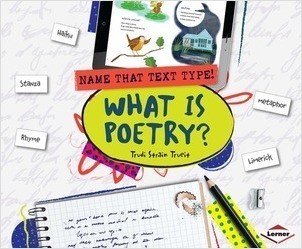