Ellen Levine is the author of many books, including Henry’s Freedom Box, a Caldecott Honor book, and Darkness Over Denmark, which was a National Jewish Book Award finalist and was awarded the Trudi Birger Jerusalem International Book Fair Prize. Her book Freedom’s Children won the Jane Addams book award and was named one of the Ten Best Children’s Books of the Year by the New York Times. Levine is a woodcarver and a lapsed civil-rights lawyer, and she taught at Vermont College’s Master of Fine Art in Writing for Children and Young Adults program.

Very young: Little Pear by Lattimore, and Madeline by Bemelmans; then Mary Poppins by Travers, and Dr. Doolittle by Lofting; as a teenager: Jane Austen

The only two lines I’ve ever remembered: “Call me Ismael,” and “It is a truth universally acknowledged, that a single man in possession of a good fortune must be in want of a wife.”

Really too many to name.

I loved to read and found it a way to explore so many worlds different from my own. At some point I, too, wanted to tell stories. One of the early ones I wrote, c. age 7 or 8, was about a little farm boy in Spain who wanted to learn to carve wood. But, of course, he needed a carver’s knife. His mother let him take eggs to sell at the market and keep some of the money with which he bought a knife. I grew up in a New York City apartment, knew nothing about Spain, chickens, or woodcarving. But it was one of my favorite stories. I say write what engages you.

I have illustrated a book of animal riddles for kids (not published) called Animal Crackers. As a kid when I rode the subway, I used to sketch people across from me. I learned to pay attention to how they sat, leaned, stood, etc.

Read a lot. Be alert to what people talk about, how they talk, how they sit, walk, stand. Three words: read, watch, listen. 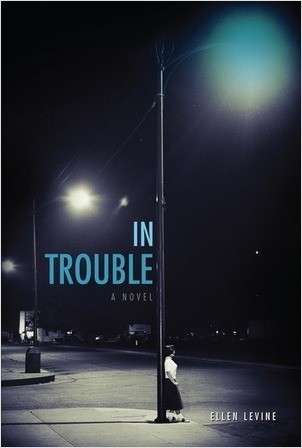 Browse all titles by Ellen Levine →