Born in the San Joaquin Valley in California to Mexican immigrant parents, Adan Jimenez became an immigrant himself when he moved to Singapore after completing his studies at New York University. He has worked for comic book stores, book stores, and gaming stores. And a hoagie sandwich shop once. He loves comics, LEGOs, books, games (analog and video), Doctor Who, sandwiches, and his wife, Felicia. Not necessarily in that order, though.

I enjoyed the Nancy Drew mysteries a great deal. There wasn’t any one in particular that I liked more than the rest, but if “Nancy Drew” was in the title of a book at my local library, you could be sure I checked it out at least once.

“‘Do it?’ Dan, I’m not a republic serial villain. Do you seriously think I’d explain my masterstroke if there remained the slightest chance of you affecting its outcome? I did it thirty-five minutes ago.” —Ozymandias, Watchmen by Alan Moore and Dave Gibbons

I’ve always enjoyed telling stories, and wrote my first stories when I was in sixth grade. I’ve never really stopped writing since then (though there were occasionally stretches when the rest of life got in the way of writing).

Never stop writing. Even if you’re only writing for yourself, never stop. 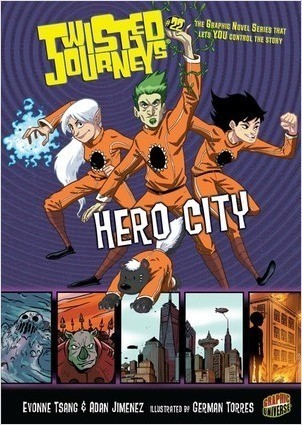 Browse all titles by Adan Jimenez →