Dylan Meconis was born in Seattle and named after poet Dylan Thomas. Once she gained mastery over her motor functions, she immediately began drawing, writing, acting, and singing. She attended Wesleyan University, learning all sorts of things about history, literature, philosophy, and language, and lived in Paris for definitely not long enough. In between classes she drew Bite Me!, a comic involving vampires getting into humorous situations in the French Revolution. She has produced artwork, visual narratives, and more for diverse companies from Microsoft to the Gates Foundation. The rest of the time she works on Family Man, a graphic novel about 18th century universities, religious doubt, and (eventually) werewolves, among other things. 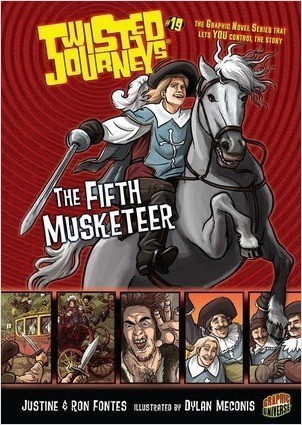 Browse all titles by Dylan Meconis →