A child of the Washington DC burbs, Jane grew up with two brothers and three sisters, a mom and a dad, a beagle named Charlie and a parakeet named Pudgie. Summers were spent submerged in the local swimming pool, and winter days waned in front of TV reruns of Laugh-In and The Twilight Zone. Despite many hardships (no computers, cell phones, DVDs or microwave popcorn, to name just a few) she reached adulthood in the late 1970s. By 1990 she had three daughters, to whom she’d read aloud the entire collection of children’s books at the local public library. That’s when she started writing. For almost twenty years, Jane’s writing has been inspired by her three daughters. Their lively personalities regularly surface in her fiction. Meghan, her oldest daughter, held the spotlight in her first published short stories in Hopscotch Magazine. Her youngest, Lucy, was strikingly similar to the central character of her first published book, Lucy’s (Completely Cool and Totally True) E-Journal. And though her “middlest” daughter, Emma, may not be just like Brady, her adventures and friends sparked Four Things My Geeky-Jock-of-a-Best-Friend Must Do In Europe, as well as the spin-off novel, My Best Friend, the Atlantic Ocean, and Other Great Bodies Standing Between Me and my Life with Giulio.
She loves to hike in the Blue Ridge Mountains, watch Washington Nationals baseball, and visit Ireland—the setting of her latest writing endeavor.

“Father said, ‘We can take very little with us.’” (This is actually the first line and the last line from a super cool book—The Green Book, by Jill Paton Walsh.)

At first it was to write for my own children, but I quickly discovered the sheer AWESOMENESS of writing for creative release. It just feels good.

Do lots of things, and write about the experiences. These don’t have to be super-major exciting things like hiking the Grand Canyon (although, if you get the chance you should  DEFINITELY do that), but just the stuff of everyday life. Follow your pet around and write in a notebook about what he does, fill a journal with your favorite recipes, draw your siblings in a sketchbook…without looking at the page! Go on bike trips and hikes in the woods, and keep a mini-notebook in your pocket. Family stories are also amazing to write up, too. Ask an aunt to tell you about her favorite vacation spot, see if your grandfather has any war stories, or ask your mother to describe the most important moments of her life. These journals can be private, so you don’t need to worry about how good or bad you think the writing is. Later, when you want to write a short story or book, you’ll be REALLY happy you have all these neat details of real-life adventures that you can use in nonfiction or fiction writing. 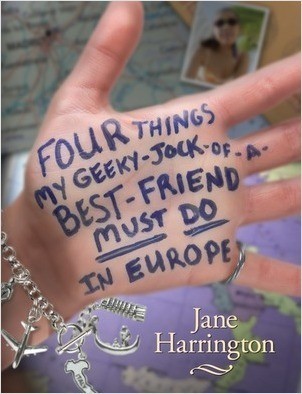 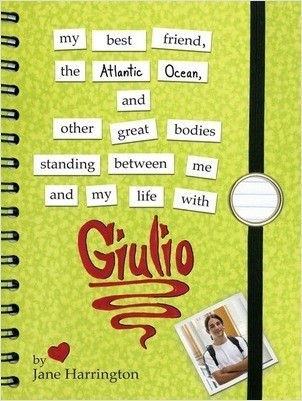 My Best Friend, the Atlantic Ocean, and Other Great Bodies…

Browse all titles by Jane Harrington →