Rogé is a fine observer of the everyday life. He is largely inspired by urban scenes, passers-by and the many people who surround him in the cafés where he enjoys working on his sketches. He has a gift for making the past bounce into the present, for having comedy burst out of tragedy and for making the light flash in the darkness. He has a sensitive and intelligent look on life and shares his vision with delight.

Born and raised in Quebec, Rogé studied graphic design at Laval University. He began his career working as an art director for well-established advertising agencies. After a few years, he decided to take on a new challenge and volunteered for international cooperation projects. In the course of a three-month stay in the Dominican Republic, he painted large murals in a village and the experience gave him a new sense of direction. Upon his return, he settled in Montreal and decided to take on illustration full-time.

The Adventures of Tintin

I like books that allow you to do a reflection after reading. Also, I like whimsical story!

The children’s books are a beautiful way to dream and develop the creativity of the children. I think it’s a privilege to share my vision of the world with all the images and ideas that I have in my head! I love story and art, so I like children books…

Always contemplate the world around us; the poetry is everywhere. 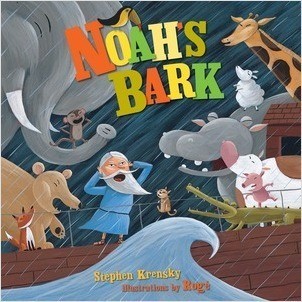 Browse all titles by Rogé →