Courtney Huddleston was born in Tupelo, Mississippi, and moved to Houston when be was four. It’s where he still lives today. Courtney took a few art classes in high school and a couple of college life drawing classes when after he graduated. He has been drawing professionally since he was 19 years old. Courtney started off professionally airbrushing windows and T-shirts, and from there he worked his way into comic books and children’s books. He was hired as a storyboard artist for Disney animation at the same time that he was offered his first comic book job. He chose to take the comic book job.

When I was a child, my favorite book was Where the Red Fern Grows.

Like many, I’ve enjoyed drawing since I was a kid. One day I saw a commercial for a jean commercial that featured an artist. After seeing the commercial, I knew that was exactly what I wanted to do.

Keep in mind that writing and art are subjective mediums. Don’t get discouraged. Not everyone is going to have the same opinions. Just because your work might not be right for one publisher, doesn’t mean that it’s not right for another. 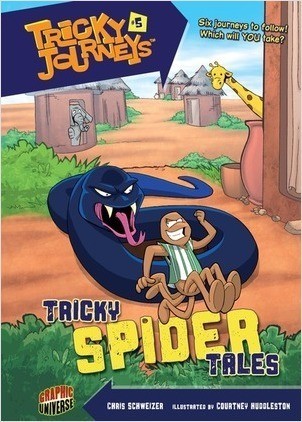 Browse all titles by Courtney Huddleston →