Hanna Jansen was born in Diepholz, Germany, in 1946. For twenty years she worked as a teacher of Art, German Language, and Literature and wrote lesson units and texts for a large textbook publisher. Her first novel for young adults was published in 2000. Ever since, Hanna’s books have been translated into many languages. Her novel Over a Thousand Hills I Walk with You—about the genocide in Rwanda—received several awards in Germany and abroad. Hanna lives with her husband and thirteen children from all over the world—most of them African orphans—in Siegburg, Germany, near Cologne.

Uncle Tom’s Cabin by Harriet Beecher Stowe and Winnie the Pooh by A. A. Milne

“It is the time you have wasted for your rose that makes your rose so important.” (from The Little Prince by Antoine de Saint-Exupéry)

Since childhood I experienced writing as an existential way of being alive. 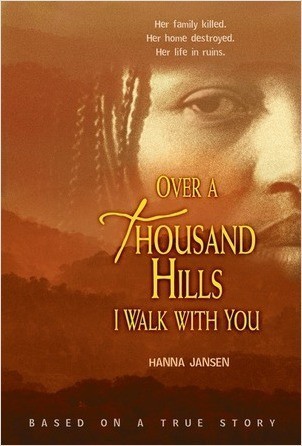 Over a Thousand Hills I Walk with You

Browse all titles by Hanna Jansen →