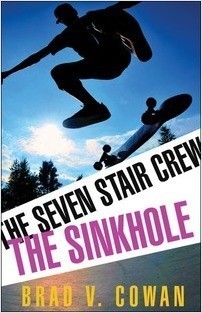 From the Series The Seven Stair Crew

With the arrival of a mysterious letter from Cale’’s estranged father, what looked to be a dull, hot summer becomes an exciting adventure for the Seven Stair Crew!

A series of clues sends the boys on a quest to find “The Empire”—four super-secret skateboard sites with some of the most thrilling, gnarly set-ups around. Even Toby, the clumsy SSC wannabe, gets pulled into the action, despite the objections of some of the Crew.

But for Cale, it turns out that the quest for the Empire isn’’t just about skateboarding. It’’s also a personal journey of discovery—about his own character and about the dad he never knew.

Brad V. Cowan writes for television and film and produced the West 49 Ambition Camp TV series, in which eight of the country's best skaters went head-to-head in a skateboarding competition. He lives in Toronto.