This product is not available for purchase: Temporarily out of stock 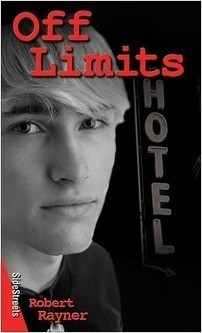 Fifteen-year-old Birmingham has a hot girlfriend who wants to “do it” anytime, anywhere. But to his (and his best friend’s) surprise, it just leaves him feeling hollow, and he finds himself longing for something more. Then his school hires a substitute music teacher, and Birm feels an instant connection with her. They both share a deep love for music—and she seems to have feelings for him too. They begin meeting outside of school hours until, one day, Birmingham’s girlfriend catches him in a lie. Jealous and angry, she tells anyone who will listen that he is having an affair with the teacher. Birmingham is forced to defend himself in a formal inquiry, while he wonders whether he’s the one who has done something wrong.

Robert Rayner lives in New Brunswick. His books have been nominated for the Ann Connor Brimer Award and the Hackmatack Award and have also been named Canadian Children's Book Centre Our Choice selections.