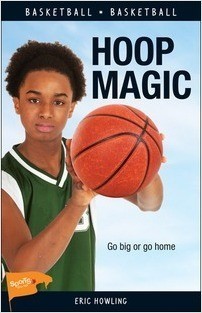 Orlando O’Malley has had to overcome a lot to play basketball. He’s the worst shooter on the Evergreen Eagles middle school team. He can barely dribble around a cone in practice. And he’s certainly the shortest. But Orlando has two special talents: a winning personality and the ability to call play-by-play almost everything that is happening around him.

Orlando really wants to be a star player, but despite his best efforts he can’t quite seem to make the right play at the right time. His biggest contributions to the team are his ability to get them energized and to call the shots. But accepting these as his special talents means he has to give up his dream of playing basketball.